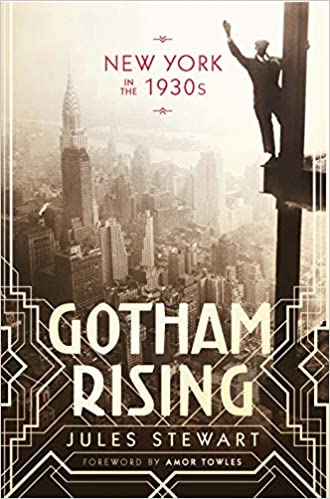 New York is often described as the greatest city in the world. Yet much of the iconic architecture and culture which so defines the city as we know it today from the Empire State Building to the Pastrami sandwich only came into being in the 1930s, in what was perhaps the most significant decade in the city’s 400-year history. After the roaring twenties, the catastrophic Wall Street Crash and ensuing Depression seemed to spell disaster for the vibrant city. Yet, in this era, New York underwent an architectural, economic, social and creative renaissance under the leadership of the charismatic mayor Fiorello La Guardia. After seizing power, he declared war on the mafia mobs running vast swathes of the city, attacked political corruption and kick-started the economy through a variety of construction and infrastructure projects. In culture, this was the age of the Harlem Renaissance championed by writers like Langston Hughes, the jazz age with the advent of Tin-Pan Alley, the Cotton Club and immortals such as Duke Ellington making his name in the Big Apple. Weaving these stories together, Jules Stewart tells the story of an iconic city in a time of change."
Read more