The EOKA Cause: Nationalism and the Failure of Cypriot Enosis 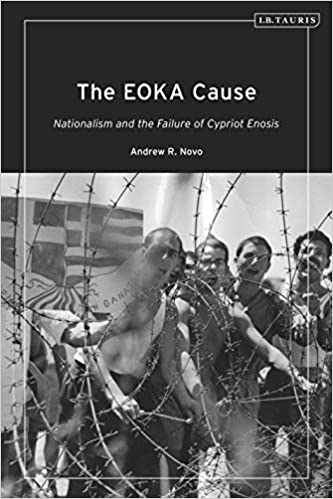 This book explores the origins, conduct, and failure of Greek Cypriot nationalists to achieve the unification of Cyprus with Greece. Andrew Novo addresses the anti-colonial struggle in the context of: the competition for the nationalist narrative in Cyprus between the Left and Right, the duelling Greek-Cypriot and Turkish-Cypriot nationalisms in Cyprus, the role of Turkey and Greece in the conflict on the island, and the concerns of the British Empire during its retrenchment following the Second World War. More than a narrative history of the period, an analysis of British policy, or a description of counter-insurgency operations, this book lays out an examination of the underpinnings of the enosis cause and its manifestation in action. It argues that the strategic myopia of the enosis movement shackled the cause, defined its conduct, and was the primary reason for its failure. Divided and occupied, Cyprus, and the world, deal with its unresolved legacy to this day.
Read more